Apportionment Of Military Retirement In Divorce 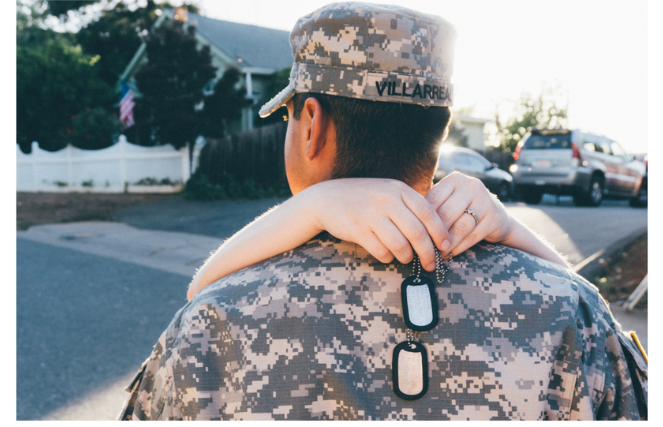 The court may direct payment of a percentage of the marital share of any pension, profit-sharing or deferred compensation plan or retirement benefits, whether vested or nonvested, which constitutes marital property and whether payable in a lump sum or over a period of time. The court may order direct payment of such percentage of the marital share by direct assignment to a party from the employer trustee, plan administrator or other holder of the benefits. However, the court shall only direct that payment be made as such benefits are payable. No such payment shall exceed 50 percent of the marital share of the cash benefits actually received by the party against whom such award is made. “Marital share” means that portion of the total interest, the right to which was earned during the marriage and before the last separation of the parties, if at such time or thereafter at least one of the parties intended that the separation be permanent. (Virginia Code §20-107.3 G.1.)

A military spouse should not assume that 50% of the marital share of the military member’s disposable retirement pay will be awarded.  The following factors are considered by the trial court in distributing marital property:

The Uniformed Services Former Spouses’ Protection Act establishes the requirements for a state court to obtain subject matter jurisdiction to apportion disposable military retirement pay in a divorce.  In order for a Circuit Court in Virginia to obtain subject matter jurisdiction over the apportionment of disposable military retirement in a divorce, one of the following requirements must be established in accordance with 10 U.S.C. §1408 (c)(4):

(i) are owed by that member to the United States for previous overpayments of retired pay and for recoupments required by law resulting from entitlement to retired pay;

(iv) are deducted because of an election under chapter 73 of this title to provide an annuity to a spouse or former spouse to whom payment of a portion of such member’s retired pay is being made pursuant to a court order under this section.

If the member entered the service before September 8, 1980:

If the member entered military service on or after September 8, 1980:

This process is one example of the intricate nature of military divorce and why it is critical to seek the counsel of an experienced divorce attorney to help you in navigating these complexities.  Whether you are a military member or the spouse of a military member, contact Hunter Law Firm to assist you with the process of apportionment of disposable military retirement in a divorce proceeding.