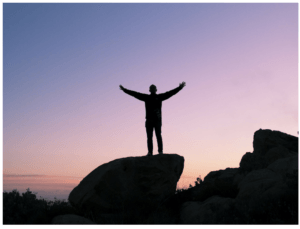 What can you do if your charge is dismissed to ensure that your record is cleared?

If the charge was dismissed, you may be able to have the charge “expunged” from your record.  When you have a criminal charge expunged it means that it is removed, or erased, from your criminal record as well as any police records and Court records relating to that charge.  Doing so takes an Order from a Virginia Circuit Court.  Virginia Code §19.2-392.2 allows a Circuit Court, in the county or city where you were originally charged, to Order that certain criminal charges be expunged.

You qualify to have a criminal charge expunged under the following circumstances:

(1) If you were acquitted, or found not guilty of the charge

(2) The Commonwealth took a nolle prosequi, or voluntarily dropped, the charge

(3) The charge was “otherwise” dismissed, including dismissal by “accord and satisfaction” under §19.2-151, where an individual has dropped a criminal charge against you for one reason or another.

Unfortunately, you do NOT qualify to have a criminal charge expunged under the following circumstances:

(1) You were found guilty of the charge, whether a misdemeanor or a felony, even if the misdemeanor was as simple as littering or public intoxication

(2) The charge was dismissed as the result of you successfully completing “First Offender Status” under §18.2-251 (a drug possession charge) or §18.2-57.3 (a domestic assault and battery charge)

(3) A judge found the evidence sufficient to find you guilty of a criminal charge, but later dismissed the charge after a period “good behavior”

What can you do if you were convicted of a felony in Virginia?

(4) The Right to serve as a notary public.

While having your civil rights restored is NOT a pardon or an expungement of a conviction, you will be able to show prospective landlords, employers, or even your family that you are now a law-abiding citizen – a fact recognized by the Governor.

Restoring Your Right To Bear Firearms

If you were convicted of a felony in Virginia, you may be able to have your right to carry firearms restored.  Virginia Code §18.2-308.2 allows a Circuit Court to grant you a permit to possess or carry a firearm or stun weapon.  If you are currently a resident of Virginia, this can be done in the Circuit Court of the jurisdiction where you reside.  If you are no longer a resident of Virginia, then the Circuit Court of any jurisdiction where you were last convicted of a felony is where the petition needs to be filed.  However, this can only be accomplished after your other civil rights have been restored by the Governor of Virginia as indicated above.

How can The Hunter Law Firm help?

The Hunter Law Firm is at the ready to help you in expunging your records, restoring your civil rights, and restoring your right to bear arms, if you have been charged with a crime and have been convicted or had the charge dismissed.  We have been filing the necessary Petitions and getting the Courts to enter these Orders for years.  Please give us a call and we will do everything we can to help you put things right.