When parents enter into divorce, there are many concerns over which parent will retain custody of the children.  While no two situations are alike, the following information provides a general guideline to educate you on child custody laws in Virginia.

COURT’S INVOLVEMENT:  Virginia’s Juvenile and Domestic Relations District Court hears cases deciding child custody, visitation, and child support issues.  By law (Virginia Code § 20-124.2), a judge’s main consideration is that of the best interest of the child.  The law further states that “there shall be no presumption in favor of any form of custody,” which means that neither father nor mother shall have preference or be favored custody rights in advance of the court hearing. 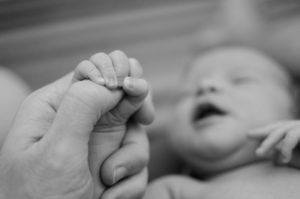 If there are multiple children in the home, the court typically will rule in a manner that keeps siblings together.  Judges are hesitant to separate siblings through their physical custody ruling.

Sole legal custody refers to one parent being awarded the right to make all decisions for the child and retain primary physical custody of the child; however, the other parent is generally awarded a schedule of visitation.  The court will typically rule to allow minors “frequent and continuing contact with both parents, when appropriate, and encourage parents to share in the responsibilities of rearing their children,” (Virginia Code § 20-124.2) which means courts will usually refrain from sole custody rulings without visitation.

CONSULT WITH AN EXPERIENCED LAWYER:  These varying forms of legal custody are just a few of the complicated facets to determining legal child custody.  It is essential to seek the legal counsel of an experienced family law attorney to navigate these complexities.  At Hunter Law Firm we understand the delicate nature of going through divorce with children in the home.  Contact our legal team of experienced family law attorneys to fight to preserve your rights as a parent.

Contact Hunter Law Firm to schedule a consultation with our experienced family and divorce lawyers.

If you are preparing for a custody dispute, contact us online or call our Hampton office.